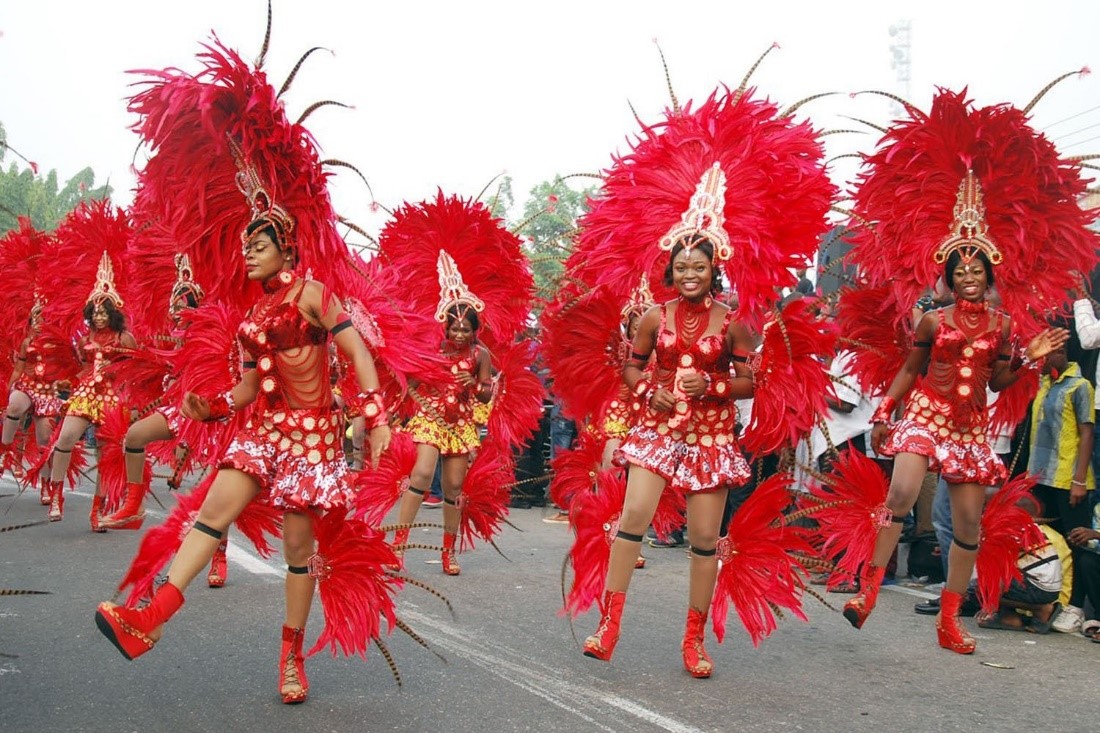 FESTIVAL OF COLORS: HOW BRANDS LEVERAGE ON EVENTS FOR PROMOTION AND BRAND AWARENESS.

Although this year’s Calabar Carnival  has been suspended due to Covid-19 (Omicron variant), there is still so much brands can learn from such festive opportunities and leverage on them in the future. The famous Calabar Carnival is an annual display of culture and beauty held during the Christmas celebration period in Nigeria. Cross-River is the home of tourism and hospitality in Nigeria and Africa, and goes by the slogan ‘The People’s Paradise’[1]. The festival features events like the sports competition, spectacular colorful parades, street parties, music concerts, art shows, tree lighting ceremonies, bikers’ carnival, and a one-of-a-kind carnival band procession involving five (5) main competing bands each having about 10,000 performers and ten (10) other non-competing bands all dressed in bright colorful costumes comparable to the Trinidadian attire or the Rio Carnival glitz and glamour.

Hosted in the city of Calabar, Cross River, Nigeria, the carnival started in 2004 by the then governor of the state; Donald Duke a man of class and finesse with the sole aim of positioning Africa as a tourism hub while boosting the local economy. Starting from the 1st of December to the 31st, the four-part carnival begins with a tree lightening ceremony followed by weeks of fashion shows, essay writing competition, traditional dances, solidarity march, the crowning of the Carnival Kings and Queens for each band, the Mary Slessor Golf Charity Dinner, the children’s carnival, the Annual Ekpe masquerade festival, and the Christmas Party Cultural Carnival. The flow of events follows the same pattern annually with The millennium week (1-10th December) first followed by The sports week (12-17th December), then The TINAPA Family Festival week (19-24th December), and finally The carnival week (25-31st December).

A special feature of the carnival is the sports activities including the boat regatta, the Carni-Cal Cup soccer tournament, and interestingly the stunts from about 300 bikers from around the world.

International and local artists are not left out of the funfair. The likes of Luke Dube (late), Fat Joe, Young Jeezy, Nelly, Kirk Franklin, 2Face Idibia, and P Square have all graced the carnival in the past.

The aroma of mouth-watering local delicacies is strongly felt in the air as the food expo progresses; the fufu and Afang meal is a go-to for many (talk about the #fufuchallenge on TikTok), Togolese, Senegalese, Ivorian, and Ghanaians traditional meals are also on display.

Calabar carnival is not just about entertainment and funfair but the display of the rich yet unique African tradition, culture, people, food, and heritage.

Enjoying the read? we just got started!

How do brands take advantage of such events?

A brand can either sponsor or partners with event organizers.

Sponsors are increasingly spending out huge amounts of money to promote their brands at brand events. Formerly, festivals, particularly traditional festivals, were conducted in a a secluded and low publicity manner. However, nowadays, public awareness of such events is being raised on a massive scale. There are a variety of tactics that are currently being used to raise substantial awareness and engage the target audience, including billboards, radio jingles, and even the selling of tickets. Sponsors and marketers are ready to pay millions to target what they believe to be a really captive audience, making it possible for these new methods to be implemented. With charitable contributions from telecom companies such as MTN and GLO as well as corporations such as Dagote, Indomie, UAC, and non-governmental organizations, festival sponsorship spending has increased massively over the last couple of years, resulting in an explosive growth in the Nigerian festival industry.

One of the major reasons brands should leverage on such events is the social media buzz that comes with them. Festivals in Nigeria have flourished thanks to the use of technology. In addition to the advancements, planned and managed social media communities have played in building social media publicity through posts (photos and videos) highlighting street fair fashion, leading performances, etc. There has been an increase in festival attendance as a result of increased social media coverage.

It will also interest you to know that Calabar festival is not the only redefining event in Africa’s tourism and hospitality industry, here are a list of other exciting festivals and events to look out for;

Subscribe for more interesting contents and tell your friends!